Eminem: US rapper’s net worth and income 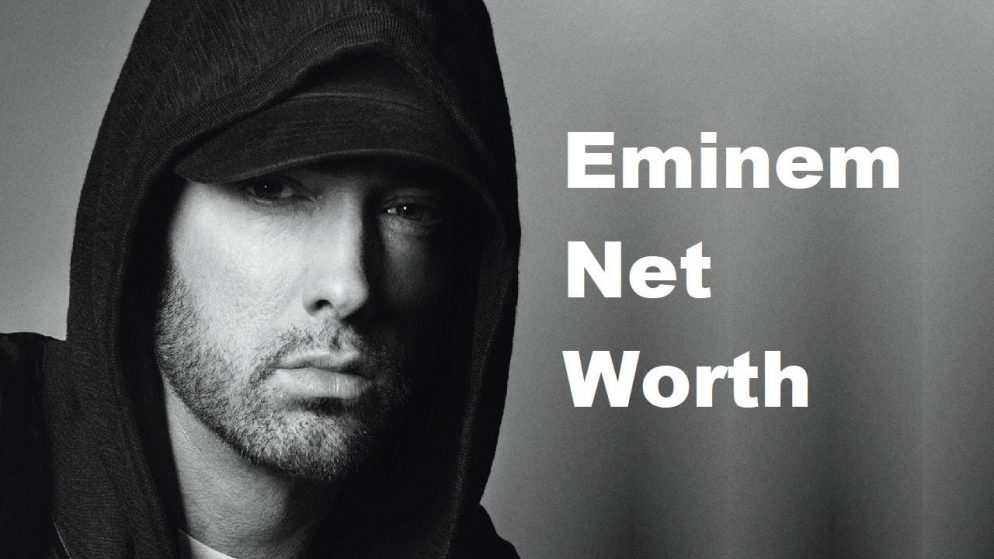 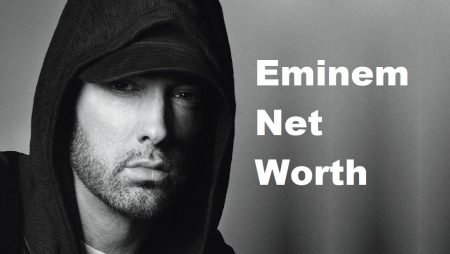 How rich is Eminem?

Rapper Eminem, aka Slim Shady, ranks number one among the most commercially successful musicians of the early 21st century. As a white rapper, he brought a breath of fresh air to the Afro-American hip-hop scene, garnered their respect and won all international music awards. In fact, he made much of his fortune from selling his music. With more than 115 million albums sold and over 120 million single sales, the Oscar and Grammy award winner is one of the richest rappers in the world. Eminem still earns around 20 million US dollars a year with this. Eminem ‘s estimated  net worth is $210 million .

Along with Snoop Dogg , Dr. Dre , Mary J. Blige and Kendrick Lamar, justin bieber the rapper is hosting the famous halftime show at the Superbowl 2022. He even settled a long-standing dispute with Snoop in advance.

Eminem was born as Marshall Bruce Mathers III on October 17, 1972 in St. Joseph, Missouri. His mother, Deborah R. “Debbie”, then 17 years old, nearly died in childbirth. When today’s rapper was only 3 months old, his father left the young family and went to California. Frequent changes of location and school determined the childhood of the future star, who, as a forever “newbie”, was exposed to hostilities and even acts of violence. During a beating attack, he even suffered a serious head injury and was in a coma for several days. Then, in 1983, Eminem and his mother settled in Warren, a satellite town of the Detroit, Michigan metropolitan area.

Ronald “Ronnie” Polkinghorn, a half-brother to his mother, became the father-substitute to the boy. It was Ronnie who introduced Eminem to hip-hop when he gave the 9-year-old the soundtrack to the breakdance film Breakin’. Eminem turned away from his previous hobby of drawing comics and from then on he became enthusiastic about rap and hip-hop, especially for the Beastie Boys and the Niggaz Wit Attitudes (NWA). When half-uncle Ronnie shot himself in 1991, the boy went into shock, did not speak for several days and even stayed away from the funeral.

Most successful musician of the 2000s

Eminem had started rapping while still at school, which ended when he dropped out of high school. After school he got by with odd jobs without ever losing sight of music. Eminem, until 1995 he had the stage name M&M, took part in band projects and made his first recordings. However, the debut Infinite, released in 1996, did not attract much attention. The lack of success was compounded by private problems, which finally culminated in a suicide attempt .

It wasn’t until he developed his alter ego Slim Shady, a dark and violent character, that his career really took off. Released in 1997, the Slim Shady EP caught the interest of rapper and producer Dr. Dre , who signed the up-and-coming talent and produced the Slim Shady LP. When the album was released in 1999, it marked the beginning of a career during which Eminem became the most successful musician of the 2000s and his fortune increased significantly. 6 more albums and a multitude of awards followed, but also scandals and lawsuits. 2014’s best of album Shady XV marked the 15th anniversary of the Slim Shady LP and Eminem’s earnings continued to grow.

Following the Slim Shady character, Eminem has created several companies to promote his music. First up is the hip-hop label Shady Records , founded back in 1999 with manager Paul Rosenberg. With more than 100 million albums sold, it is one of the most successful music labels in the world. Even  50 Cent was signed to Shady Records from 2002-2014 and made a fortune. Other Shady brands:

Eminem is reluctant to make advertising deals, but in 2011 he made a name for himself with 2 well-received spots. Agency Wieden + Kennedy produced a commercial for the Chrysler 200. The commercial aired during the XLV Super Bowl ( National Football League championship final ) and is an unvarnished commitment to Motor City Detroit. Prominent Lead Actor: Eminem. The 2-minute performance cost the automaker less than $9 million, according to the company . Number of clicks on Youtube so far: 18 million.

A 30-second spot for Lipton Brisk Iced Tea, also performed at the 2011 Super Bowl, boasts 4.4 million YouTube views. The rapper is featured here as an animated character in several hilarious scenes. Eminem’s fee, according to the New York Post, was  more than one million US dollars . The cost of broadcasting during the game was around 3 million dollars.

In October 2017, Eminem made it clear in a rap what he thinks of Donald Trump’s policy, namely nothing. He also addresses his fans with the clear message that none of his fans can be for Trump, otherwise there is the middle finger. Rapper
Fler: How much wealth does the German bad boy have?
2 weeks ago
0 58