Fler: How much wealth does the German bad boy have? How much money does Fler have?

Compared to his rap colleagues, Fler has made relatively few live appearances in recent years. Due to this lack of sources of income and the failed business ideas, Patrick Losensky only has a manageable fortune. There is also a loft in the Steglitz-Zehlendorf district and a Range Rover. Even the exact address of the loft is known, as Fler has already disclosed it several times in disputes. Since we want to protect the rapper’s privacy a bit, we won’t give the address here. Fler ‘s estimated fortune is 800,000 euros.

Hardly any other rapper has been able to stay in the media for as long as the Berliner Fler. He has been releasing music since 2002 and can look back on a turbulent career . At first he played with the image of the German patriot, which brought him numerous headlines. In 2005 he even made it to 14th place among the most annoying Germans. Even after that, he made it into the media again and again, including in 2014 when he threatened a journalist from “Die Welt”. He had previously made fun of the rapper in a gloss.

Away from music, Fler has tried his hand at numerous lines of business. However, his first attempt at fashion with the Psalm 23 brand failed. Even his entry into the fitness industry did not get the desired attention. However, with his label Masculine and the clothing brand of the same name, the Berliner has had numerous successes.

Childhood of Patrick Losensky aka Fler

Actually, life with Fler wasn’t meant too badly. Although his birth father left the family when the rapper was a child, his stepfather took good care of him. His mother worked as a seamstress and tried to make everything possible for him. Nevertheless, Patrick Losensky has a bad relationship with his mother. She seems to provide him with material things, but the Berliner doesn’t feel understood. He freaked out more and more until he finally ended up in a psychiatric ward at the age of 15 . Due to family differences, he no longer comes home after that, but from now on he lives in a home. There he begins an apprenticeship as a painter and varnisher, but also starts doing graffiti to spray. With his skills as a sprayer, he quickly made a name for himself and decorated house walls and trains in the capital of Germany.

During his training, Fler also gets to know Bushido, from now on the two devote themselves primarily to music. In 2002 the joint album “Carlo Cokxxx Nutten” was released, and in 2003 he appeared six times on the album “From the curb to the skyline” by Bushido. After the album, Bushido leaves  the record company  Aggro Berlin, Fler stays true to the label with the saw blade. For this reason, a long and hard feud ensues, in which Fler is even attacked by stabbers after an appearance on MTV. Musically, however, things are going up for Fler, he regularly climbs into the top 10 of the album and single charts. Aggro Berlin closed in 2009, shortly before that Fler left the music label. This is followed by reconciliation with Bushido and another collabo album “Carlo Cokxxx Nutten 2”. However, the collaboration did not last long, after a solo album Patrick decided to do his own thing and founded Maskulin.

From now on he releases his own albums there and signs artists such as Silla, G-Hot, Nicone, Sentino and Jalil. However, only Jalil is currently under contract with the label. In 2011, Fler also published his biography “In the Bus at the Back: A German Story”, which entered the Spiegel bestseller list at number 13. In 2015, Fler was able to climb to the top of the charts for the first time with the album “Keiner klar mit mir”. In 2016 he was able to achieve this feat again with the LP “Vibe”. With the collaboration album “Epic” together with Jalil, Fler can once again enter the charts at number 1 in 2017.

Fler and the beef with competitors

Fler never avoids a fight and is known for his Berlin snout. Therefore, there have been numerous disputes along the way. He had a long feud with his buddy Bushido, which ended and started again and again. At the moment, however, the relationship seems to be good again.  Fler also has disputes with his former label colleagues Sido . Since his reconciliation with Bushido, Flizzy has already published numerous disstracks and allusions to the masked man Sido.

Fler also has friction and conflicts with Farid Bang and Kollegah . Since 2009, Banger and Boss have been teasing the Berliner, who of course always answered promptly. Here, too, numerous disstracks were exchanged. While Kollegah and Fler continue to verbally bang their heads, things have been relatively quiet between Farid Bang and Fler lately.

Fler also often quarreled with his former artists . Flizzy published a phone call with Silla in which Silla was heavily intoxicated and said questionable things. He’s also had a lot of work with Animus, an artist close to Masculine. When Animus was waiting in front of Fler’s apartment, the argument almost ended in a physical altercation.

Fler’s income comes not only from his music , but also from various side businesses. Patrick Losensky owns the Maskulin label, which not only sells music but also clothes . In addition, you can also buy nutritional supplements and a fitness program from the Berliner.

Fler has released a total of twenty albums since 2002, including 15 solo albums and 6 collaborative albums. There are also four mixtapes, eight label samples, an EP and a best-of album. Until 2009 his albums are released on the Aggro Berlin label, a few years later Fler says that he barely made any money from it and had to start over from 2009. After a brief guest appearance on Bushido’s label ersguterjunge, Flizzy founds his own record company Maskulin and publishes his own albums. As a result, he earns significantly more from a CD than before. He earns around 40% of the sales price per album . Since most albums cost around 18 euros when they go on sale, Fler earns around 7 euros per CD sold . In addition, of course, there is also the income from music streaming providers such as Spotify and Apple Music as well as YouTube, with which he continues to increase his fortune.

2 Income from the Masculine label

In addition to their own albums, there is a joint project with Silla, 2 solo albums by Silla and one by Jalil. Furthermore, four label samplers were released. In addition to music, Masculine is also known for selling clothes. Fler clearly distinguishes between merchandise and fashion brands. T-shirts, hoodies, jeans, sweatpants, caps, sportswear and much more are sold under the Masculine brand.

Before Masculine was launched as a fashion brand, Flizzy was always very busy producing fan articles. At the start of Masculine this became less and less until it was eventually stopped altogether. For the last album “Vibe” you can now buy pure merchandise again.

Another mainstay of Fler is ” Masculine IP “, which was developed together with the fitness YouTuber Simon Teichmann. What is special about it is that it is not a fitness program that you can only use for a few weeks, but a system that you can benefit from throughout your life. However, he was significantly slower than his competitors with this extensive system, which is why he was able to benefit from the fitness hype much less than others. 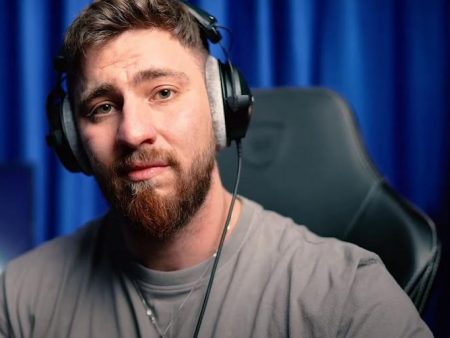 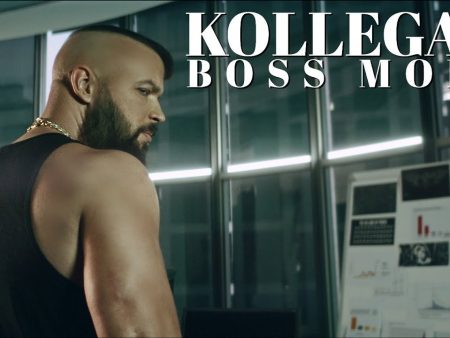