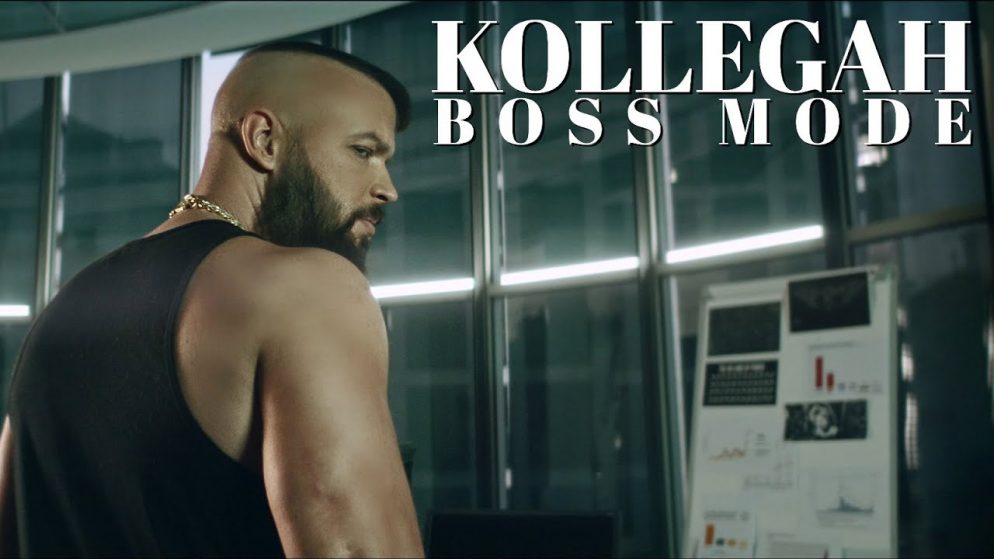 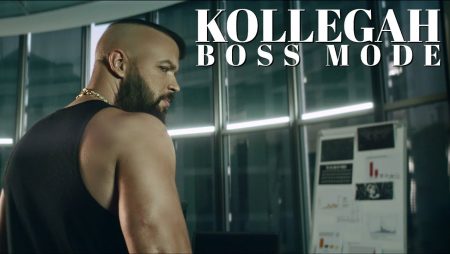 How much money does Kollegah have?

In the US, rappers make loads of junk and flaunt it. In Germany, people are politely reserved, which could also be due to the fact that rappers like Kollegah don’t earn as much as their American colleagues. You do not talk about money. one loves money. At least that applies to the self-proclaimed “boss of bosses” Kollegah. Although he loves to promote life in a big way in his music videos, there are no reliable sources about his actual earnings.

Various estimates are circulating on the Internet: between the Hartz IV level, a standard income of around 2,000 euros, a reasonable fortune of 7 million euros and not really serious 10,000,000 euros (through drug deals). But what of this really is Kollegah’s private wealth? Kollegah ‘s  estimated net worth is €10 million. Here we have included album sales and live performance fees, as well as income from YouTube advertising and merchandising, net of taxes.

Kollegah’s assets: This is how his income is made up

Successful rappers in the USA earn their fortune with “sideline businesses” such as soft drinks, fashion labels or their own record companies. In Germany, Kollegah & Co.’s fee comes primarily from merchandising, performances, tours and advertising deals . Most rappers make little money from albums alone.

1. Revenue from album sales and streams

A rapper like Kollegah can only book ten percent of the record sales as income on average. The rest goes to the record company, video production and retail. So if a Kollegah album is downloaded for just under 10 euros, he might get 3 euros from it. For “JBG 2” there was a gold record for Kollegah and Farid Bang , which means  at least 100,000 albums sold . After deducting video production costs of around 100,000 euros and numerous promotional expenses, not many euros were left over purely from the sales of the albums. We calculate around 50,000 – 200,000 euros per person. You won’t get rich with it.

” Young, brutal, handsome 3 “, on the other hand, was able to really win. After the release in December 2017, the collabo album went platinum. According to figures from the Bild newspaper, BMG Verlag turned over more than 4 million euros from album sales alone, streaming is not included here. 40% of this goes directly to BMG and the two rappers each collect 15% of the sales proceeds. In addition, a seven-figure sum is said to have flowed to the artists for the rights. In August 2018, the two then released their next collab album “Platin war yesterday”, which, however, could not follow the successes of JBG3.

In an interview with laut.de, Kollegah said about delivering songs that sounded the same: “So we can easily milk the fans for another five or six years!” Has he cracked the million mark? We think so! The signs are not bad and the album “King” was released on May 9th, 2014. It reached gold status (at least 100,000 albums sold) within 24 hours and platinum status within the first 4 weeks. So it was sold at least 200,000 times. For Kollegah, this is also a great financial success, since around EUR 3 per album sold goes into his own account. A new record for the German-speaking region was even set on the Spotify streaming platform . King was streamed more than 3 million times in two days.

According to his own statements, Kollegah gets around 3,500 – 6,000 euros from Spotify and Apple Music for one million streams of his music.

2. Income from your own music label

In March 2016, Kollegah announced that it had founded its own label, Alpha Music Empire . The Warner Music Group is responsible for distribution. In the song “Fanpost 2” he hints that he has a deal with the major label for 6 million euros graduated The rapper Seyed from Wiesbaden was announced as the first signing of Alpha Music Empire. Shortly thereafter, the video for the song “MP5” was released together with label boss Kollegah. The debut album “Engel mit der AK” followed in June 2016 and entered the German album charts at number 3, as well as number 4 in Austria and number 5 in Switzerland. Since a music label gets about 1/3 of the CD earnings, Seyed’s album should have played some money into the pockets of the self-proclaimed boss. Since 2018 he has also signed the artists Jigzaw and Gent.

3. Credit with many performances

You can also earn good money through tours and performances at various festivals. However, it is not possible to reliably say what the bottom line will be. Through the “King Tour” alone, Kollegah had a total of 22 gigs in Germany, Austria and Switzerland in 2014. If we realistically calculate around 10,000 euros per concert for the Badboy, then the tour alone would bring in 220,000 euros. In addition, the sale of T-shirts brings a few thousand more into the account. However, in order to get more profit from the gigs, the ” Alpha Music Group ” was founded without further ado, which organizes all events and tours as its own booking and live agency. The agency also works for other artists such as Pietro Lombardi or Conchita Wurst.

With merchandising ( sale of t-shirts, sweaters and caps) Kollegah should also earn good money. In addition, there is also her own jewelery collection, which has a very provocative effect with her “brutal” necklaces. In addition to the merchandise, Felix Blume founded the fashion brand “ Deus Maximus ” in November 2015. This is priced well above the merchandise items, from 40 euros you can dress in the style of the boss.

Kollegah ‘s YouTube channel ” Alpha Music Empire ” alone has almost 1.2 million subscribers and over 275 million video views. It can be assumed that this will earn between 100,000 and 300,000 euros per year . His Facebook page has over 1.8 million fans and Instagram has 1.6 million subscribers. Merchandising and advertising can be placed perfectly here.

6. Fitness guru thanks to boss transformation

Outside of music, too, Kollegah does a lot of advertising for his “Boss Transformation” fitness program. For EUR 197, the program promises to reduce body fat while building muscle mass. Other German rappers such as Farid Bang and Majoe have also tried out the fitness program with success. With his incredibly good self-promotion, the rapper has probably already been able to convince many to join his program and earns really good money with it alongside the music. According to their own statements, it has now been sold 30,000 times.

In September 2018, Kollegah published his first book entitled THIS IS ALPHA: The 10 Boss Commandments . He immediately stormed the bestseller lists and claims to have sold over 80,000 units in the first two months. He is said to be already thinking about the second book.

In June 2019, the rapper opened his “Alpha Lounge” in Düsseldorf’s Oberbilk district. This bar will be a hit with many fans hoping to meet their idol in person.

9. Money with real estate and land

The rapper has developed another source of income through clever real estate transactions. In an interview with Orange, the rapper is said to have bought a factory site in Turkey and own several condominiums. Including a 70m2 apartment in Düsseldorf. In addition, Kollegah owns several speculative properties.

With his own life coaching program, Kollegah cleverly rips off his fans. For around 2,000 euros he wanted to improve the lives of his “disciples” and turn them into real “BOSSES”. But there was access to a Facebook group, live video chats and great sermons from the self-proclaimed Messiah. VICE went undercover into “Alpha Mentoring” and uncovered the rip-off system. A major event with ex-business partner Dirk Kreuter was also planned with the name “Alphaoffensive”. A ticket should have cost up to 2,500 euros. However, the event was canceled due to widespread criticism.

Born Felix Blume, Hesse has a Canadian father and a German mother. But his father shone with one thing in particular: absence. After his mother’s divorce, he is said to have been poor. In his songs he raps in the best gangster mania or as he calls it: pimp rap. Kollegah is not stupid. Not only did he graduate from high school, but he is now also studying lawat the Johannes Gutenberg University in Mainz. He understood early on that money can be made with guns, drugs and women – especially in the music business. In 2003 he appeared as a rapper for the first time under the pseudonym TONI. In 2004, Kollegah represented Hamburg in the federal state battle. He skilfully uses the internet to push himself up. That’s why he offers his first mixtape “Pimp Tape Vol.1” for free download. A smart PR ploy that pays off later.

In 2005 he signed a record deal with Selfmade Records. In 2007 he released his first real solo album. However, not without first being postponed in the media due to a criminal case: Kollegah was caught with amphetamines and cocaine – and found guilty. Nevertheless, his image as a gangster is repeatedly questioned. Also because he converted to Islam privately as a teenager and is less flexible here than in his texts. Private and business strictly separated? Kollegah would probably not have had as much success with strictly Islamist texts – not financially, of course. The pimp image is good for his fortune, that’s for sure. In 2011 he made it into the top 10 of the German album charts for the first time.

The “boss” made it to the top. And he owes that not only to his creative rap technique, but also to a keen nose for business. His income is likely to have increased many times over with his success. A collaboration with Bushido and Farid Bang on the track “Gangsta Rap Kings” on Bushido’s album “Sonny Black” also bore fruit.