How rich is Michael Schumacher?

Former Formula 1 driver Michael Schumacher is considered one of the best and richest motorsport drivers of all time. He is tied with Lewis Hamilton with his seven F1 world titles . His fans love him and the Germans are proud of their Schumi. It is all the worse that Michael Schumacher has not yet recovered from his skiing accident in 2013 . Since then he has been cared for at home, nothing is known about his exact state of health.

It is due to his exceptional talent, his long career and last but not least his great popularity, which he still has despite the end of his career, that according to Forbes he is one of the 500 richest Germans . Michael Schumacher ‘s estimated net worth is €650 million . This fortune does not only consist of his salaries as a Formula 1 driver together, which he received from the racing teams during his active time, but also through numerous advertising deals from his sponsors (e.g. advertising for the Fiat Seicento or for various Mercedes models). DVAG (Deutsche Vermögensberatung) has also been a long-standing sponsor of Schumi and is honoring the 20-year partnership with the world champion with its own Schumacher exhibition in Marburg. He will also be very proud of his son Mick, who has also been racing in the premier class since 2021.

How is Michael Schumacher?

Even after his career break, he earned well in Formula 1, as his last racing team, Mercedes F1, paid him around 23.2 million euros per season. Michael Schumacher’s career came to an end after his skiing accident in 2013. Since then there have been no more TV appearances, and no further news as to how things are with Michael. His family completely shields the public from him and keeps his health private. The popular racing driver was torn from his former life by this tragic fate. We hope that Michael Schumacher is reasonably well, maybe we will hear from him in the future. With a bit of luck, you might even see him on TV again. After all, Michael Schumacher is not only one of the best Formula 1 drivers of all time, but also one of the most popular German stars, who also earned an unbelievable fortune.

The career of the best Formula 1 driver of all time

As many drivers in Formula 1 freely admit, it takes not only exceptional talent to make it to the premier class, but also luck. It is important to be in the right place at the right time with the right people. Schumacher was very fortunate from the start because his father leased a go-kart track . The young Michael was already in a kart at the age of four and thus had the opportunity to grow into motorsport.

With his extraordinary talent and his absolute will to understand the laws of driving physics, he managed to develop extraordinary skills that soon paved the way for him to higher motorsport classes (Formula 3000, DTM, Formula Ford and Formula 3). His breakthrough came in 1991 when he made his Formula 1 debut for Jordan . While Jordan initially wanted to demand 3.5 million euros from Schumacher’s sponsors to give him the chance of a cockpit, Schumacher soon became the best Formula 1 driver ever when he experienced his heyday at Scuderia Ferrari.

Michael Schumacher holds a number of records in the premier class of motorsport and for this reason is still respected and admired by most drivers today. Here is a small selection of his greatest achievements and successes:

Michael Schumacher worked for these teams

The possession of Michael Schumacher

1Michael Schumacher owns a family villa on Lake Geneva , which is also his main residence. Because although Schumacher was born in Germany, he decided to emigrate to Switzerland in the course of his Formula 1 career.

Tragic skiing accident in France at the end of 2013

Numerous celebrities, such as Boris Becker , publicly expressed their wishes for a better life and a lot of strength for Michael Schumacher’s family. The former Formula 1 World Champion is now at home with his family and is making small strides to get well again. Unfortunately, it remains to be seen whether this will be possible to the full extent. The family has now reactivated Michael Schumacher’s website and thanks everyone for their recovery wishes. Schumi’s manager Sabine Kehm continues to ask the public for patience and will not provide any further information on the state of health for the time being .

Personal – The marriage to Corinna

Michael Schumacher is Ralf’s brother , who was also active in Formula 1 for a number of years and also drove in the DTM. Ralf Schumacher was not nearly as successful as Michael. Michael Schumacher has been married to Corinna since 1995 . Corinna runs a riding stable and organizes various international horse riding tournaments. Corinna Schumacher is also a gold medal winner in western riding.

Own film “Schumacher” on Netflix

On September 15, 2021, the exclusive Schumi film “Schumacher” will be released on Netflix as a documentary and is said to contain never-before-seen footage of the family.

Corina Schumacher: “But Michael is there, different, but he is there and that gives us all strength.”

Mick Schumacher: “I think dad and I would understand each other in a different way now. Simply because we now speak in a similar language. In motorsport language.”

Who will inherit Michael Schumacher’s fortune?

According to the will, which the BILD newspaper allegedly had , his wife Corinna and the two children Gina-Maria and Mick will inherit Schumi’s entire fortune. His wife Corinna is also registered as an asset manager after she had applied for power of attorney at the magistrate’s court in Nyon. 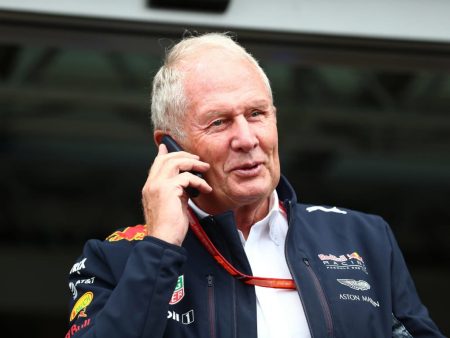