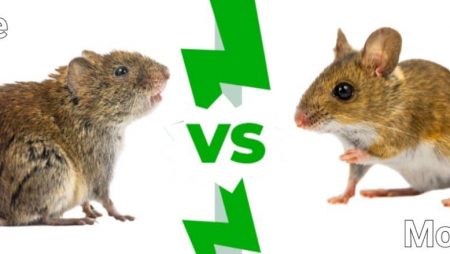 Voles and mice are both small rodents that can be difficult to tell apart. They have similar body shapes and sizes, but there are key differences between the two species. Voles belong to the Cricetidae family while mice belong to the murids family. Additionally, voles tend to have shorter tails and rounder heads than mice, which have longer tails and more pointed heads. Voles also tend to be darker in color than mice, which are usually light brown or gray.

When it comes to behavior, voles are often found in grassy areas such as meadows or fields while mice prefer living near human dwellings like homes or barns. Mice also tend to be more active during the night while voles are active during both day and night. Furthermore, voles typically live in colonies with other voles while mice usually live alone or in small groups of two or three individuals. Knowing these key differences can help you identify whether you have a vole or mouse problem on your hands.

Comparing the Vole vs Mouse

The vole and mouse are two small rodents that belong to different families. Voles belong to the Cricetidae family, while mice are members of the murids family. In terms of appearance, voles have small ears and a stocky body, while mice have a leaner body with larger eyes and ears.

When it comes to habitat, voles prefer open outdoor areas such as meadows or grasslands, while mice tend to prefer indoor surfaces or areas. The lifespan of both animals is similar, with voles living up to two years and mice up to three years. Reproduction-wise, voles typically have 5-12 litters per year with 3-6 babies each time, whereas mice can have 5-10 litters per year with 4-10 babies each time. Diet-wise, voles are herbivores that feed on plant matter and seeds whereas mice are omnivores that feed on plant matter as well as insects. Lastly, the tail of a vole is usually shorter than its body whereas the tail of a mouse is about the same size as its body.

The Main Differences Between Vole vs Mouse

The main differences between voles and mice can be seen in their physical appearance, habitat preferences, and behavior. Physically, voles are stockier than mice with smaller ears and a shorter tail. Mice have a leaner body and their tails are usually as long as their body. In terms of habitat preferences, voles prefer open outdoor areas while mice prefer enclosed indoor spaces. This is why you will often find voles outside while mice tend to stay indoors.

In terms of behavior, voles are more active during the day while mice are nocturnal creatures that come out at night. Voles also tend to be more social than mice and they live in colonies or family groups. On the other hand, mice are solitary animals that live alone or in small groups. Additionally, voles feed on plants while mice feed on both plants and insects. All these differences make it easy to distinguish between the two species when observed in nature or around your home.

The face and body appearance of a vole vs mouse is one of the most distinct differences between the two rodents. Voles have a thicker and stockier body than mice, which are notoriously skinny and lean. Additionally, mice have larger ears and eyes when compared to voles- the ears and eyes of a vole are significantly smaller in appearance. Both rodents have brown or black fur, but the overall body shape should give you some insight into which rodent is which. A mouse’s body is designed to be narrow and skinny, adept at shimmying through tight areas and locations, while voles prefer to be in open areas. Therefore, their bodies are not as thin as those of mice.

The face of a vole also differs from that of a mouse. Voles have small noses that protrude slightly from their faces, while mice have longer noses with more prominent whiskers. The eyes of voles are also much smaller than those of mice- they appear almost hidden beneath their fur! Furthermore, voles tend to have shorter tails than mice do, making them easier to distinguish from one another when seen side by side. All these features make it easy to tell apart a vole from a mouse when looking at them up

Voles and mice are two small rodents that can often be mistaken for one another, but they have distinct differences. One of the most notable differences between voles and mice is their preferred habitat. Voles are typically found outside in gardens, lawns, and backyard landscaping, while mice are more likely to be found inside homes. This is because mice prefer enclosed spaces and feel safer when their bodies are touching walls or objects. Mice also tend to be more opportunistic foragers than voles, which may bring them inside your home while a shyer vole will stay outside.

Mice are more likely to seek shelter indoors for their nests, while voles prefer to dig underground burrows or outdoor nests. Voles also have a higher tolerance for cold temperatures than mice do, so they can survive in colder climates where mice would not fare as well. This means that you may find voles living outdoors even during winter months when temperatures drop below freezing. Knowing the difference between these two small rodents can help you determine which one is invading your home or garden and how best to deal with it.

The diet of a vole and a mouse are similar in many ways, but there are some key differences between the two. Both animals are small rodents that prefer to eat plant matter, such as grasses, seeds, and roots. However, mice tend to be more omnivorous than voles and will often supplement their diet with insects or even food taken from human pantries. Voles on the other hand are far less likely to venture into human dwellings for snacks and instead stick to their plant-based diet.

Voles also have an interesting adaptation that helps them survive in colder climates; they store food underground during the winter months so they can access it when food is scarce. This behavior is not seen in mice as much since they rely more heavily on scavenging for food rather than storing it away for later use. All in all, the difference in a vole vs mouse diet is another example of how these two rodents differ from one another despite their similarities in size and overall dietary preferences.

The tail length of a vole vs mouse is one of the most obvious differences between the two rodents. Mice have much longer tails than voles, with their tails often being as long as their bodies or even longer. Voles, on the other hand, have a tail that averages around half of their body in length. This makes it easier to identify which type of rodent you are dealing with when you take a glance at them side by side.

In addition to the difference in tail length, voles also have smaller ears and eyes than mice do. All these features together make it quite easy to tell the difference between a vole and a mouse when they are placed next to each other. It is important to be able to distinguish between these two rodents so that you can properly identify any potential pest problems in your home or garden. Knowing how to tell them apart can help you determine what kind of pest control measures need to be taken if necessary.

Voles and mice are both small rodents that have similar lifespans of roughly a year in the wild, but their reproductive habits differ somewhat. Voles breed throughout the year, though spring is their preferred time of year, while mice breed anytime of the year without preference. Mice also have a shorter gestation period when compared to voles, averaging 10-20 days when compared to a vole’s 20-30 day period. Both rodents have litters of at least 3-7 babies, but mice typically birth more young than voles do. Mice average anywhere from 5-15 babies, while voles have an average of 3-10 babies.

The differences in reproductive habits between voles and mice can be attributed to their different lifestyles and habitats. Voles tend to live in burrows or tunnels underground where they are better protected from predators and environmental changes. This means that they need to reproduce quickly and often in order to ensure their survival as a species. On the other hand, mice tend to live above ground in open areas where they are more exposed to predators and environmental changes. As such, they don’t need to reproduce as quickly or as often as voles do in order to survive as a species. 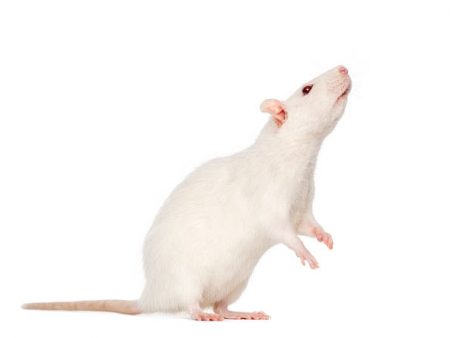 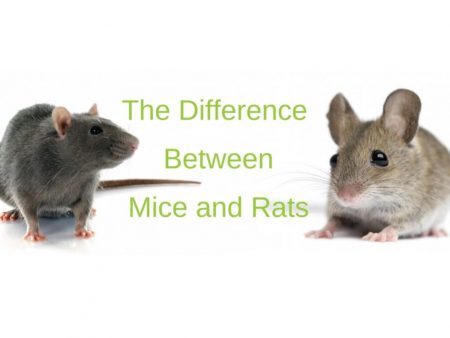 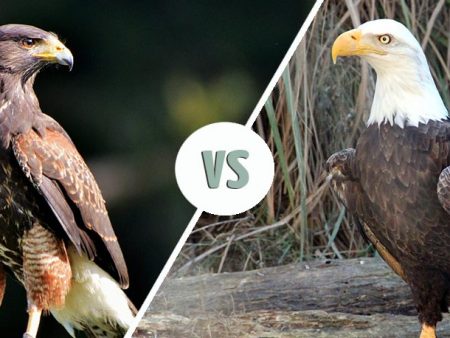